If you’ve tried hard to get rid of stubborn belly fat, love handles and other kinds of body fat, you’ve undoubtedly paid attention to the many television ads for CoolSculpting.  In Inland Empire, California where I practice, they’re on TV all the time.  These ads highlight this noninvasive treatment’s ability to get rid of fat that remains after diet and exercise have helped you lose weight.  After many years of treating patients and performing thousands of cosmetic procedures, I’ve come to the conclusion that a different noninvasive treatment is a better alternative for many patients.  That treatment is SculpSure, now known as WarmSculpting.

If you’ve succeeded in losing weight with diet and exercise, you’re to be congratulated.  In this fast food, sleep-deprived world, that’s not easy.  But if you’re like most people, you have some fat that never seem to go away.  How can you remove it?

There are essentially 2 ways to do it.  You can physically remove the stubborn fat cells or destroy them.  The most popular way to remove fat cells is liposuction.  After making an incision, your doctor may inject a solution made of saline, lidocaine and epinephrine, making your fat cells easier to remove.  Or they may liquefy fat with ultrasound, radio frequency (RF) waves or a laser.  In any event, once the fat is easier to remove, your doctor will suction it out with a hollow tube called a cannula.

There are limits on how much fat your doctor can safely remove.  If your liposuction procedure sucks out too much fat, it can cause lumpiness or even dents in your skin.  Liposuction also carries risks like numbness, scarring and infection.  According to experts, as the amount of fat removed increases, risks also increase.

If you have belly fat, love handles or other body fat you want to remove, but you’d prefer a non-invasive alternative to liposuction, there are two effective, FDA-approved treatments you’ll want to consider:  CoolSculpting and WarmSculpting (also known as SculpSure).

Both methods kill the fat cells you want to get rid of.  CoolSculpting uses a process called cryolipolysis.  The device sucks tissue between two plates.  The plates make the tissues between them very cold.  Fat cells are more susceptible to cold than other cells.  So, while other cells will get quite chilled, the fat cells will freeze and die. Once that happens, your body will naturally remove the dead cells over time.

In contrast, with WarmSculpting there is no suction or pulling of tissue. The device lays flat on top of the area you want to shrink.   Laser energy penetrates into the tissue and causes thermal injury to fat cells.  They undergo programmed cell death, and your immune system will remove them.

Both methods provide effective results that are less dramatic than liposuction, but will improve over time.  I prefer WarmSculpting.  Here’s why:

During the procedure you may experience sensations of pulling, tugging, mild pinching, intense cold, tingling, stinging, aching, and cramping at the treatment site. These sensations subside as the area becomes numb.

Following the procedure, typical side effects include temporary redness, swelling, blanching, bruising, firmness, tingling, stinging, tenderness, cramping, aching, itching, or skin sensitivity, and sensation of fullness in the back of the throat after submental or submandibular area treatment.

There are reports of discomfort and even pain returning 3 days after the procedure.  So, while CoolSculpting achieves good results, with this procedure there is, as the saying goes, “no gain without pain.”

In contrast, patients find WarmSculpting more comfortable.   While it beams laser-generated heat through your fat cells, cooling heads on your skin greatly reduce any discomfort.  Most feel a deep warmth and/or tingling sensation intermittently throughout the treatment.  Most tolerate it well.

As noted above, both WarmSculpting and CoolSculpting destroy fat cells that your body will then remove.  However, convenience is a big advantage for those who choose WarmSculpting.

A CoolSculpting procedure that freezes a section of fat cells can leave an area that resembles a stick of butter below the surface.  If your doctor doesn’t carefully massage and smooth these hardened areas you can be left with irregularities under the skin.    The American Medical Association magazine, JAMA Dermatology reported on the case of a man in his 40s who developed a large mass under his skin after a single fat-freezing treatment.  Plastic surgeon and researcher Dr. Bruce Katz, M.D. said in a Cosmetic Surgery Times article:

Last week, we saw two patients who had this major side effect from CoolSculpting, where instead of taking the fat away, you get an increasing amount of fat. People, then, have to have liposuction to get rid of it.

Certainly, many patients who have a CoolSculpting procedure will not end up with hardened fat cells resembling a stick of butter under their skin.  But some will.  If you’re one of them, having to go for a liposuction procedure to remedy the situation is a real inconvenience.

WarmSculpting, in contrast, does not produce solid areas of fat below your skin.  And it has another built-in advantage to add to your convenience.  Dr. Katz further told Cosmetic Surgery Times:

If you’re a busy person (these days, who isn’t?) treating two areas in 25 minutes with WarmSculpting is a big time saver over spending an hour per section with CoolSculpting.  And since there’s no downtime with WarmSculpting, you can receive a treatment and go right back to your busy life.

Both WarmSculpting and CoolSculpting can do a good job getting rid of stubborn pockets of fat that diet and exercise leave behind.  So if you have belly fat, love handles or other body fat that just won’t go away and you don’t want liposuction or surgery, either method can really work.

I believe that the advantages of comfort and convenience make WarmSculpting a better alternative.  If you’d like to say goodbye to your love handles, belly fat or other body fat and you’re in Inland Empire, California, you can see me at STC Plastic Surgery in Ontario. 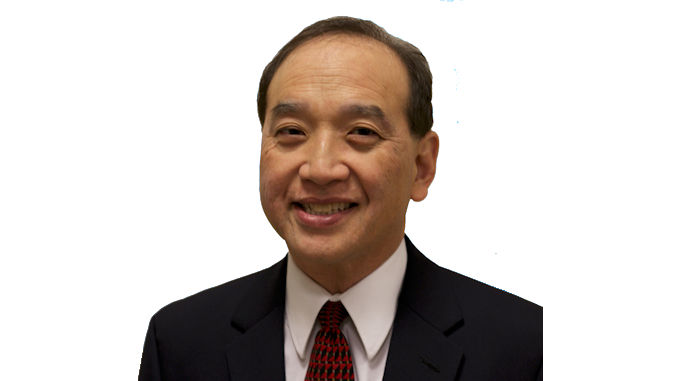 Need a Facelift, Neck Lift, Filler or Blepharoplasty? How to Find a Facial Plastic Surgeon Online

Do you want to look better on Zoom? Many find that webcams show them at their worst. How can you get rid of Camera Face or Zoom Neck? Inland Empire, California expert facial plastic surgeon Dr. Brian Machida tells you how [Read More]

Help in Coping with Disasters – Part 2: Tools to Aid in Recovery

How to Weather the Storm with a Smile

Blepharoplasty (Eyelid Surgery) and a Facelift – Should You Have Them at the Same Time?