Many people born with protruding or big ears endured years of taunts and bullying when they were children.  Otoplasty, ear surgery to reshape the outer ears, can make an enormous difference in their lives.

Editor’s Note:  Dr. Mitchell Blum is a highly experienced expert facial plastic surgeon in Tracy, California located in the San Francisco Bay area.  Board certified in both Facial Plastic Surgery as well as Head and Neck Surgery, he has performed more than 7,000 facial plastic surgery procedures in his career.

Note what one young woman wrote:

I’ve wanted otoplasty from a very young age, ever since the taunts started… My school years weren’t the best as I was an easy target to the bullies… I asked my mother about surgery at a very young age and she told me I didn’t need it.  I explained about how unhappy I was with my ears.

If you’re an adult with a similar experience, or if your child was born with ears that could make them a target for the taunts of bullies, you may want to consider otoplasty.  Reshaping ears with ear surgery can make them more attractive and much less noticeable.  This could make a real difference in self-esteem for you or your child.

Why “big ears” or protruding ears can be a real problem

Studies consistently show that attractive people are liked more by others.  Sadly, this bias often begins at birth.  Researchers rated the physical attractiveness and health of premature infants born in Beirut, Lebanon hospitals.  They found that physical attractiveness predicted the health of those babies well beyond their medical conditions.  Better-looking infants gained weight faster and were able to go home sooner.  Why?  One researcher explains:

Nurses played much longer with the cuter babies, held them longer and spent longer feeding them….It’s really upsetting.  What if you have an ugly kid?

Studies have consistently found that being viewed as homely brings significant disadvantages that begin in childhood and can last into adulthood.  People consistently preferred others whose faces were symmetrical, with well-proportioned features.  Research highlighted in “First Impressions – Could an Aging, Less Attractive Face Send the Wrong Message?” revealed that, aside from their social disadvantages, people considered less attractive had a harder time getting hired.  They earned as much as 9% less than those judged to be average-looking.

In school and on the job, bullies of all sorts target those who look different.  It’s no wonder that the young woman quoted above was unhappy with her ears.

Are you unhappy with your ears?

Even after childhood taunting is just an unpleasant memory, ears you feel are unattractive can make you self-conscious.  The Cleveland Clinic stated, “Having awkward ears can be downright embarrassing and can interfere with a child’s psychological and emotional development.”  The young woman mentioned at the outset relates:

Once I reached secondary school I realized I could hide my ears with different hairstyles and to this day I never wear my hair up or put it behind my ears. Over the years the ugly duckling you could say turned into a swan and I started to get a lot of attention of boys…But I was still hiding this dark secret under my hair and was so scared of anyone finding out. Needless to say people did, as the “lovely” people from my primary school dug out pictures to show all my new friends and sent them round school. I was left feeling so humiliated, luckily enough I had a couple of really good friends who got me through it. I left school over four years ago now, and try to avoid people from my childhood at all costs.

One 24 year-old woman came into my office.  She had one ear that protruded.  It made her self-conscious for years.  Fortunately, her otoplasty solved the problem as you can see.

Fixing problematic ears before they become a problem

A couple brought their toddler in to be evaluated.  Her ears protruded noticeably.  They feared she would face derision at school.  Experience shows that they were probably right.   At that time I thought she was too young and advised doing the procedure after her 4th birthday.  Within a week of turning four she was back at my office.

We did the procedure, and she grew up without the stigma of a birth defect.  She was beautiful in every other way, so it was never a conscious issue with her.  She appears in our feature photo at the beginning of this article.

The procedure itself is relatively straightforward for an experienced plastic or facial plastic surgeon.  It begins with the doctor making a small incision at the back of your ear so he or she can access the cartilage, which gives the ear its shape.  One method involves cutting out excess cartilage.  Another technique involves the surgeon folding and stitching that cartilage to reshape it.  The procedure ends by closing and securing your incision with stitches.

Could you benefit from otoplasty – ear surgery?

If you feel embarrassed by your ears, or if you’re concerned about derision your child might face because of their appearance, it would be wise to seek the advice of an experienced professional.  A board-certified facial plastic or plastic surgeon can provide you with the information you need to make an informed decision.  Why should you or your child suffer needlessly because of the insensitivity of others?  Why not seek an expert opinion soon? 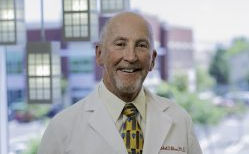 Dr. Michell Blum is a highly experienced expert facial plastic surgeon. He is board certified in Facial Plastic and Reconstructive Surgery and Otolaryngology - Head and Neck Surgery. In his career, Dr. Blum has performed more than... ( read more )
Ask Dr. Mitchell Blum, MD, FACS a question or request a private consultation

Liquid Rhinoplasty – A Reversible, Instant Nose Job with No Downtime

Restoring volume with fillers like Restylane, Radiesse and Juvederm along with injectables like Sculptra, fat transfer or even cheek or chin implants can provide an ideal finishing touch. [Read More]

Lip Injections – Something Better Than Juvederm and Restylane for the Full Lips You Want?

Many born with protruding or big ears endured years of taunts and bullying when they were children. Otoplasty, ear surgery to reshape the outer ears, can make an enormous difference in their lives. [Read More]

Is WarmSculpting a Better Alternative for Stubborn Belly Fat, Love Handles and other Body Fat?